In my Father’s house

At my house, this is the year we study Luke’s account of the birth of Jesus.  Every Advent, we focus on one—only one—of the two narratives the Bible gives us about the birth of Jesus.  I’ve been doing this for twenty years or so; I’ve lost count, really.  I hope, by this practice to get “clean and sober.”  That’s what I call it and I call it that because that’s what it has felt like to me over the years.

What most of us call “the Christmas story” is a hopeless hodgepodge.  Matthew’s story, by contrast, is clean and dramatic.  Luke’s story has its own character too: not so clean, but a great deal more dramatic.  But this is true only if you read each story on its own merits.  And given that we all learned, as children, the hodgepodge version, it takes some effort to really invest in one at a time.  For me, that means one a year.  I just ignore the other one.  And this is Luke’s year.

Matthew ends his story when Joseph takes his family to Nazareth so the child will have a chance of not being killed as a child.  It means moving all the way up to the highlands of Nazareth, so 80 miles  from Jerusalem by the most direct route, rather than the more convenient five miles from their home in Bethlehem, but Joseph has his eye on giving Jesus a chance to grow up. And when they move to Nazareth, Matthew’s story is over.

You can’t really do that with Luke.  For Luke, the principal narrative device, the turning point, is Jesus’s baptism by John[1], the son of Zechariah and Elizabeth.  In fact, nearly all the first chapter of “the birth of Jesus” is spent dealing with the birth of John.  So really, Luke’s “birth narrative” is not over until the baptism and given that, the previous scene of the 12-year old Jesus in the temple at Jerusalem is part of Luke’s “Christmas story.”

You are all likely familiar with Luke’s story of the boy, Jesus, who hung around the temple in Jerusalem instead of going back to Nazareth with his parents.  If not, Luke 2:41—52 can serve as Cliff’s Notes.  The question I want to raise today is not why he stayed.  We don’t know that.  I want to look at what account he gave his mother about why he stayed and why Luke wants us to know about that account.

Mary is angry with the boy for violating his parents’ trust.  Everybody packed up and headed back to Nazareth, but Jesus stayed behind.  He may have been an early practitioner of the maxim that it is better to ask forgiveness than permission.  Had he asked permission to stay in Jerusalem by himself, you know what answer he would have gotten and he probably knew that as well.  He had lived with his parents for more than a decade by that time and none of the gospel writers thinks Jesus was stupid.  I have an alternative picture of this scene below.  What do you think?

So he didn’t ask permission.  He just stayed behind.  And that’s why Mary was so angry with him.  “Why have you done this to us?” is the way the New Jerusalem Bible puts the question and Raymond Brown, my principal source for the underpinnings of this story, says the question is even nastier in Greek.  Jesus’s answer has nothing at all to do with why he has “done this” to them.  Jesus, a master rhetorician as many twelve-year-old boys are,

knew that if you buy the premise, you are stuck with the question as it was asked.  The premise is that Jesus has behaved thoughtlessly to his parents and ought to be apologetic about it.  None of the gospel accounts gives us a Jesus who is any good at being apologetic.  Maybe he didn’t know how; maybe he thought it was inappropriate; maybe the gospel writers combed out all of Jesus’s known apologies because those apologies wouldn’t advance the story they are telling.

In any case, Jesus offers a new premise and embeds it in a new question: “Why were you looking for me?”  The question here does not ask why they wanted to find him; it asks why they were searching aimlessly.  Why did you go from door to door and from person to person when you might have known I would be here?

This gets theological really fast.  The mother asks why the son did not meet her expectations.  The son asks the mother whether she really has no idea at all who he is.

My guess is that this story comes from another source than the birth narrative Luke has been building.  This is the Mary who was visited by the angel Gabriel and whose cousin, Elizabeth, called her “the mother of my Lord,” and who was visited by shepherds, who repeated to her what the angel had told them, and whose baby was referred to by Simeon as “the salvation which You have made ready.”  A Mary who had been through all of that would have been ready to understand the behavior of her 12-year-old son as Who He Is and not as an irresponsible pre-adolescent.  For that reason, I think this story comes from a source where Mary has not had all those not so subtle clues.  The Mary of this story has had no preparation for understanding what Jesus is going to tell her.

Jesus, on the other hand, needs to say, “You were going home to my father’s house (in Nazareth) but this, this stunning temple in Jerusalem is my Father’s house.”  He does not hook a thumb at Joseph and say, “Him?  He’s not my father.”  He says something like, “To be who I am, I must have an earthly father and a heavenly Father.  When I wasn’t on the 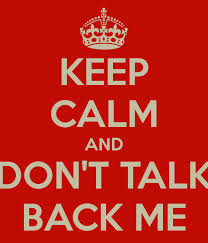 way to the one, you should have known I would be at the other.”  Jesus’s answer, please note, counts on the Mary that Luke has been building for nearly two chapters.  Jesus’s answer is not aimed at the hapless Mary who had no way of knowing who her son was.  This little sign indicates a path Mary chose not to take.

Why does Luke give us this story?  I think it is because he wants us to know three things.  The first is that Jesus knew who he was.  Maybe the notion was remote then and got clearer later.  Maybe he doubted it later and rediscovered it at his baptism in the Jordan.  Luke needs to sound that note, however, because the next thing he tells us is that Jesus went back to Nazareth with his parents and “lived under their authority.”[2]  And third, having Jesus live in rural obscurity for—at a rough guess—the next 16 years, enables Jesus to come to John as an unknown and to be baptized.  Luke needs for Jesus to be unknown to his contemporaries, but he doesn’t need him to be unknown to us.  Luke tells us everything.

There isn’t any way for us to know how Jesus thought about the event at the time, but there are lots of other stories in the gospels where people wanted Jesus to be something he was not or to do something before it was time.  The Devil in Luke’s next chapter offers Jesus three really interesting opportunities to bail out of the role God had called him to play.[3]  In Mark’s account, Peter says that Jesus is way too nice a person to have to undergo the suffering and death he had just said was his future.

In this story, Mary says, “Your proper place is at home with your father and me.”  Jesus replies, “I will come with you now, but being with my Father is the home I will ever have.”

[1] Later called John the Baptizer, and whom I grew up hearing as John the Baptist.  That was before I began reading the biblical scholar Raymond E. Brown, who refers to him as JBap and also before I met Charles Svendsen, who has a brother who is a Baptist minister and whose name is John and whom Charles refers to as “my brother, John the Baptist.”
[2] There is a lovely little analogy to this point in the German movie, Vitus.  Vitus is a genius and his parents are very proud of him.  But the life of a genius in not what Vitus wants or needs, so he fakes an accident and then fakes being a boy of normal intelligence until his parents leave him alone.  He lives with them as “a normal boy,” knowing he is not, until he is forced to reveal the truth to his grandfather.  I think Jesus’s experience in Nazareth might have been like that.
[3] Ordinarily we say three temptations because three are described, but the New Jerusalem Bible translates Luke 4:13, “having exhausted every way of putting him to the test, the devil left him.”  If there weren’t more than three, the Devil is really too stupid to worry about.