The President and March Madness

It’s early September today.  Teachers have just celebrated their New Year’s Eve, the last evening before “the year” starts for them.  Students have finished shopping for back to school clothes and backpacks and tablets—I meant the paper ones; with the spiral bindings.  Between now and the beginning of the NCAA post-season basketball tournament, “March Madness,” President Obama is going to have to substantially reconstruct his foreign policy. 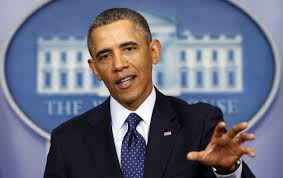 He is going to have to forego the most treasured of liberal dreams, that by cutting back on our spending on “nation-building” in the Middle East, we can afford to so some in the middle west.  You would think that would make Kansans happy, but probably it will not.

He is going to have to rejigger a Pentagon that is in retrenchment mode and get it to take actions it does not want to take.  Imagine that you are just getting into bed, too tired to think clearly, and you remember that you left the milk out on the kitchen counter.  Just admitting that you remembered it is a struggle.  Deciding to do something about it is a struggle.  Actually getting up and putting it back in the fridge is a struggle.  Meet Secretary of Defense Chuck Hagel and show a little respect.

Sen. Mitch McConnell has captured the heart of the popular response to all this complexity, as he so often does.

“This is not, in my opinion, a manageable situation—they want to kill us.  The president is the guy who needs to lay before Congress and the American people a strategy to deal with it.”

This sounds like bravado to me.  The world is full of people who want to kill us.  If Sen. McConnell means by “deal with it” getting these people to stop wanting to kill us, we can only hope that he leaves office soon.  If, by “deal with it,” he means preventing them from killing any American—that is a possible meaning of “us”—then he has no idea what it means to have soldiers and diplomats and businessmen and journalists and missionaries all over the world.  Some of “us” are going to get killed.  If by “deal with it,” he means that we should try to kill the people who want to kill us, then he is talking about a response the world will not tolerate and that the U.S. cannot afford.

What does all this have to do with March Madness?

“There is a chronic disconnect, not just in this administration, between the policy, the budget guidance, and the classified strategies,” said Shawn Brimley, the director of studies at the Center for a New American Security, who served as the director of strategic planning at the National Security Council during Mr. Obama’s first term. That is what Mr. Obama needs to do for a “lasting legacy” of rethinking America’s defenses, Mr. Brimley said, but “if you don’t do it in the next six months, it’s too late.”

So Brimley, who sounds as if he knows what he is talking about, says that President Obama has between now and next March to bring the policy, the budget, and the strategies into line.  Oh, and there’s an election in November that will very likely make Mitch McConnell, the minority leader, into the majority leader of the Senate, replacing Harry Reid.[1]

David Sanger’s analysis (here) says there are three foreign policy fronts on which this is going to be played out: ISIS, China, and Russia.  Russia should be the easiest one.  In 1947, George Kennan, in an article originally signed X, proposed that the best U. S. policy 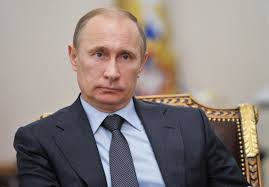 toward the communist threat was “containment.”  No one liked it very much and the conservatives hated it, but president after president practiced it and it worked.  It will work against Russia again if President Obama can ward off the conservative reaction against it and can find the money to fund it.

ISIL (Islamic State of Syria and the Levant)[2] is harder because it is not “a state actor,” as the newscasters say.  It is an insurgent movement, rather than a nation-state, and it is signatory to no international agreements at all.  It is sophisticated, well-funded, and well-armed.  All those traits are its advantages in the short run; all are targets of the Obama administration in the long run.  Below, a picture of Abu Bakr al-Baghdadi, leader of ISIL. 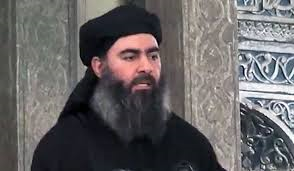 China is the biggest and longest term threat to American dominance.  No one I have talked with or read thinks there is any way to stop it.  There are ways to “manage it,” however and that is the reason for the President’s famous “pivot to Asia.”[3]    China is going to expand industrially, commercially, and militarily.  That is going to happen.  How far that expansion takes China and what the effects will be on American allies in the region is what “manage” means in Asia. 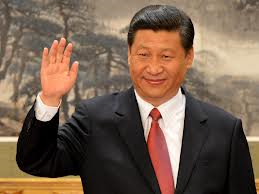 Part of the old-style “containment” that was derived from George Kennan’s article was a series of regional alliances.  The alliance in China’s part of the world was SEATO, the Southeast Asia Treaty Organization.  It was mostly just an exchange of papers—what James Madison called “a parchment barrier,” to illustrate that it wouldn’t bar anything.  It didn’t work then and it won’t work now.  But the U. S. owes treaty obligations to Japan and South Korea and Vietnam and India, among others and we can, by adroit foreign policy, reduce the cost to those governments of China’s re-emergence on the world stage.  Above, President Xi Jinping of China.

These three tasks—Putin, ISIL, China—will require a wholesale reorientation of the Obama administration.  This reorientation will not be made easier by the fact that the administration supporters really don’t want to do it.  What they really want to do is what they promised in both campaigns: end the Middle Eastern wars and bring that money back home.

That brings us back to March Madness.  The NCAA post-season basketball tournament begins on March 17 in Dayton, Ohio: my home town.  Before then, if Shawn Brimley is right, President Obama must have reoriented his administration toward these three foreign policy targets.  It isn’t something he wants to do, but it is his job.  It will not pay 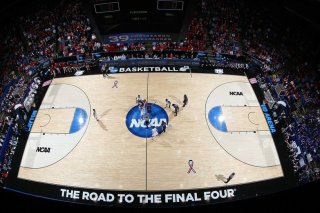 Has anyone noticed that the President’s hair has turned gray in six short years?

[1] A net gain of six seats in the U. S. Senate would do that.  The current judgment is that somewhere between 4 seats and 8 seats are up for grabs.
[2] The alternative name—Islamic State of Iraq and Syria—is geographically smaller but in practical terms, it means the same thing.
[3] President Obama is a basketball player, so he knows something about pivoting.  One of the things he knows, both as a point guard and as a president, is that you can’t pivot in two directions at the same time.  No sooner had he begun the pivot to Asia, when he was called to pivot back to the Middle East.  That’s not going to work.