There are lots of other ways to say that.  One of the common ones, “eating healthy,” I reject on grammatical grounds.  It means “eating healthfully,” but no one says that anymore and saying it just changes the subject from “food” to “people with archaic and overly formal vocabularies” and you get to be the example.  No thank you.[1]  Also, I choose this expression because of the moralistic overtones.  Among the people of my age (mid-seventies) and class (middle, with an academic discount) and region (Pacific Northwest, home of fanatical foodies) “eating right” has a kind of fervor that used to be displayed in “standing up for America.”

In writing on this topic, I am, I realize, entering a minefield.  People care a lot about what is said about diets and the people who hold forth offensively[2] and the people who hold forth defensively are regularly in conflict.  The offense takes the position that “our society” or that “you in particular” ought to eat a particular diet for reasons having to do with health, ethics, and the cost of medical care.  The defense takes the position that all the prescriptions are overbroad; that most of them are made by people who will make money from them; and that there are perfectly good diets available to be eaten by people who wouldn’t know a carbohydrate from a carburetor.

Still, living in a diet-mad world as I do, I feel every now and then that I ought to say something.

In 2007, Michael Pollan published a piece in the New York Times called “Unhappy Meals.”  I read it the day it was published and have felt, since then, that Pollan and I share the same soul.  It wasn’t so much his food advice, although I like it very much, as it was his language.  Here is the first sentence of that column.

Eat food. Not too much. Mostly plants.

And here is the second sentence.

That, more or less, is the short answer to the supposedly incredibly complicated and confusing question of what we humans should eat in order to be maximally healthy.

Pollan is offensive is the second sense you thought of; he is playing offense.  But he is not

offensive in the more common usage; he does not offend.  Let’s take vegetarianism, for example.  Once you get as far as “food + -isms,” you are down in the deep end of the pool.  Vegetarians might have taken good heart from Pollan’s “mostly plants,” but if the vegetarianism is more an ethical than a dietary position, all that good heart goes away in the next paragraph, where Pollan says, “A little meat won’t kill you, though it’s better approached as a side dish than as a main.”[3]  For Pollan, this is a matter of what is in the foreground and what is in the background, not a matter of the forces of light and the forces of darkness.   In the foreground is the notion that a little meat is a very sensible seasoning to a meal.  Into the background goes any ethical consideration of whether meat ought to be thought of as good or evil…um…incarnate.

Pollan favors food and, consonant with that position, opposes EFS.  I think that, technically, he is on the wrong side of that one.  These products he lampoons as “edible food-like substances” are, in fact, food.  And if you held a gun to Pollan’s head, he would probably be willing to say so.  But he has a really delightful ability to bend the words around so that, although you catch him at it, you really don’t mind.  About EFS, he says, “These novel products of food science often come in packages festooned with health claims.”  In that one sentence, he manages a four-count indictment: first “products of food science;” then “packages;” then “festooned;” and finally, “health claims.”

One of the reasons food is better is that you already know what it is.  That might not be strictly true, of course, because you might have grown up in an urban ghetto where nothing was thought to be fit for human consumption until it had been deep-fried in a vat of saturated fat or you might have grown up in Lake Wobegon, where creamed soups, butter, and cheese were added to everything.  But I like Pollan’s claim anyway because its principal use is that we don’t need to be told by experts what food is good for us.  (I’ll be coming back to that one.)  The fact that you know what food is does not mean, certainly, that you will choose to eat it.  It means that you will know what it is.  The EFS Pollan complains about cannot make that claim.  Read the ingredients label.  Read it out loud.  I dare you.

Why are EFS not good for you?  Well…if you don’t know it’s food, you are not going to eat it unless someone tells you it is food and that you will gain some benefit from eating it.  Who will tell you?  The federal government might.  But if they tried to promulgate standards by using bureaucrats, they would run into the control of the funding for their 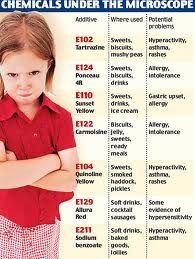 agency, which will be influenced very strongly by people who support “foods of a certain kind,” and not “foods” as opposed to EFS.  If they try to do it in public, with legislative hearings, they will run into the buzzsaw the McGovern Commission ran into.  Or you could just mouse over to http://www.beefusa.org and see if there is an alternative perspective there.  The American Cattleman’s Beef Association, just to be clear, is not in the EFS camp.  But aren’t in the “food, mostly plants” camp either.

So the government isn’t going to come out in favor of “food, mostly plants.”  Or, you could be told by the businesses that manufacture the EFS—and “festoon” it with “health-claims.”  A lot of nasty things could be said about the health claims, but I am going to content myself with a reference to Gyorgy Scrinis’s book, Nutritionism: the Science and Politics of Dietary Advice.[4]

So there is no shortage of people who will be happy to tell you what to eat.  Scrinis notes that “the primary power to shape public understanding of food quality has [been] transferred from research scientists to government agencies to the food industry.”

That doesn’t look good to me, but if you are going to abandon “food,” as Michael Pollan defines it, you are going to have to rely on someone to tell you what to eat and the current spokesman is the food industry itself.

[1] I’m not going to spend the rest of my life “writing in Europe.”  Thanks to Stan Freberg for that line from a very snarky Benjamin Franklin.  See Stan Freberg, The History of the United States: Volume I.
[2] I’m just going to sit here and let that word mean all the things it means, not choosing which meaning will lead the parade, which will follow, and which will sneak off the parade route for a hot dog and a beer.
[3] My brother, Karl, taught me that in more useful terms many years ago.  He said it is better to think of meat as a condiment than as an aliment.  I had never heart of aliments, so I asked him what they were.  He said aliments were what you put condiments on.  I found that a very satisfactory answer and once I had remembered that I had an “alimentary canal,” I felt that I had been given several words for free.
[4] Another brother, Mark this time.  My third brother, John, has provided every photograph I have ever used in the heading of my blog.  The current one is a feather from a female cardinal.