“That includes me:” Obama talks about race

On January 20, 2009, Barack Hussein Obama was inaugurated as our first black president.  A lot of the early betting went against him as a candidate.  No one seemed quite sure if Democrats were ready for a black nominee of their party; they were certainly ready for a woman nominee.  But then, an odd thing happened.  Over the course of the campaign, Obama didn’t seem all that black.  “Black,” sure.  His father, after all,  was from Kenya.[1]  But “black” didn’t seem to be any of the top four or five things about him.

That is what the gaffe-prone Senator Joe Biden was really trying to say when he said this: “I mean, you got the first mainstream African-American who is articulate and bright and clean and a nice-looking guy. I mean, that’s a storybook, man.”[2]  He got hammered for including “clean” as one of the descriptors, but I thought when he said it that he meant “clean” as in “a clean record.”  Biden 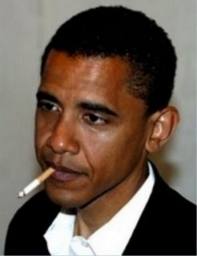 meant that candidate Obama didn’t look like this.  Very often.  Also, Biden was campaigning against Obama at the time because Biden wanted to be the Democratic nominee and remarks like these are NOT how you campaign against someone.  I’m sure Vice President Biden knows that now.

So “not all that black” Barack Obama was inaugurated in January and his Attorney-General, Eric Holder gave a speech at the Department of Justice on February 18, less than a month later.  It quickly became known as his “nation of cowards” speech.  If you follow this link, you will find that expression in seconds 18—20 of the speech.  He didn’t waste any time getting to it.

We are “cowards” he said because we do not talk with each other about race.

That was shocking for a lot of reasons.  One is that Eric Holder looks more or less like Barack Obama.  He is not a scary looking black man.  Another is that President Obama was elected by moving discussions about race into the background.  Every time the Republicans pointed out that the Democratic nominee was a black man, the Democrats changed the topic to something else; the rainbow nation, a post-partisan nation, the terrible economy.  I wouldn’t be surprised to learn from the historians of that election that Obama lost more votes because of the myth that he was a Muslim than because of the fact that he was a black man.  And finally, most of the people I had heard talking about race were using it as a way to talk about social justice.  For these folks, it was inequality, not race, that needed to be focused on. 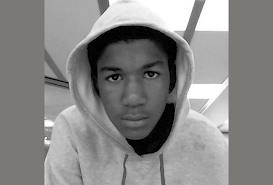 For whatever reason, we didn’t have the conversation about race that Eric Holder wanted us to have.  And then George Zimmerman killed Trayvon Martin.  The jury who found George Zimmerman not guilty heard almost nothing about race during the trial and did not, according to the most vocal juror, take it into account in their deliberations.  Since the trial, it seems that we have heard about very little else.

On July 19, President Obama walked, unscheduled, into the press briefing room because he had a few things he wanted to say.  You can see the text here.  There weren’t any teleprompters.  Just the President talking about being a black man in America.  He said some of the things Attorney General Holder said in 2009.  I think he said them better, but they weren’t really different things.  And then he said this:

And I don’t want to exaggerate this, but those sets of experiences inform how the African American community interprets what happened one night in Florida.  And it’s inescapable for people to bring those experiences to bear.

It wasn’t a speech.  It wasn’t a conversation with friends over a beer.  I don’t think I’ve seen anything like it.  He called it “expanding on my remarks.”  I thought it was the most candid and personally revealing appearances I have seen a politician make.[3]

You should see this.  Printed words just don’t do it.  If you watch this video from the 3:12 second mark to the 4:19 second mark, you will see what I mean. Here’s the link.

Maybe this will change the conversation some. Maybe watching the President say, “That includes me,” when talking about the department store setting and the street setting and the elevator setting he used as instances.

It will be a long time before I forget seeing the President say that.  “That includes me,” he said.  I hope it is a very long time.

[2] Jesse Jackson said that although Biden’s remarks were “highly suggestive,” they were not “off-color.”  Isn’t that just sweet?