I’ve been looking at the results of the most recent New York Times/CBS Poll.  It’s about a week old now; recent, as polls go.  It seems like a real shame that we have to go through all the fuss and bother of having an election because, clearly, no one can be trusted with a public office.  Any public office. 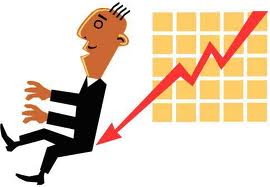 Let’s see what we have here.  The national economy is bad.  If you add the “fairly bad” and “very bad” scores, you get 80%  Looking back, we see that the percent of people who thought things were pretty good came down under 50% in 2007 and have been headed mostly down ever since.  And it’s getting worse.  If you add together the “about the same” and “getting worse” scores, you get 85%.   Have things gotten “pretty seriously off on the wrong track?”  Yes they have, say 74% of those polled.

Trust in government to help?  The question asks whether you can trust the government in Washington to do what is right: the options are “always/most of the time” and “some of the time/never.”  That second measure is chosen by 89% of the people in this poll.

Congress?  In single digits for the first time since polling was begun.  Who are the 9% who approve of “the way Congress is handling its job?”

So let’s see if I’ve got this.  Things are bad and they are getting worse.  The government can be trusted to do the right thing seldom or never.  The President is handling his job poorly.  The Congress is disastrously bad.

That’s a lot of people.  You have to wonder why they bother.