People who formulate, legitimate, or enforce public policy for a living have a good idea what makes a policy work.  It has to be effective, i.e., meet the goals the policy establishes.  It has to be affordable, i.e., not cost more than succeeding legislatures are willing to pay for it.  And it has to be acceptable, i.e., those affected by it need to comply without too much opposition.  You can tell when there is “too much” opposition because people grumble; they invent shortcuts that are probably illegal but which make enforcement uncertain; and sometimes they violate the policy flagrantly because they have no emotional attachment to it and want to make their opposition plain to the authorities.

There are other reasons policies fail, but those three take care of most cases.  When there are difficulties with a policy, the first wave of responses considers ways to alter the goals, increase the revenues, and rev up enforcement.  I’d like to consider another approach. 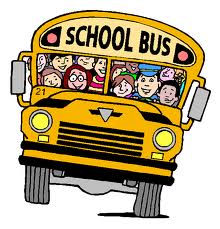 I was coming home from a run on the Wildwood Trail this week when I had to stop for a school bus.  I have taught at a lot of schools so I have a kind of respect for school buses.  For me, the STOP sign attached to the arm that swings out when the bus stops and the flashing lights and the little gate that extends from the front bumper are just reminders.  On the other hand, when you are on a road with school buses, you are going to be stopping a lot.  It was an ordinary compliance situation.  I was ready to comply, but I wasn’t happy.

One little girl got off the bus.  She looked like she might be Japanese, so I called her Kimiko, just to myself.  She was wearing a pink jacket and carrying a backpack.  And she looked at me as she crossed the road and waved her thanks.  It looked like it meant something to her that I had stopped.   She wanted me to know that she appreciated it.

I played with that appreciation the rest of the way home.  It occurred to me that maybe the best way to sell a policy is to have the beneficiaries say thank you.  Kimiko wasn’t thanking me as a way to drum up support for the schools’ traffic laws.  She really didn’t gain anything by it.  But she was small and cute and looked happy and the idea of stopping for her seemed a lot more appealing than stopping for the bus ever seemed.

This isn’t a “technique,” really.  It isn’t going to make palatable policies that cost too much or that are fundamentally contested.  On the other hand, people who oppose policies spend a lot of money dramatizing how their rights are being violated or their estates compromised.  It probably would not hurt a lot if some of the beneficiaries of the policy took a minute to say thank you.  I think maybe Kimiko is onto something.