In the musical, 1776, John Dickinson of Pennsylvania objects to the wording of Thomas Jefferson’s Declaration of Independence, which was before the Second Continental Congress for debate.  Jefferson had referred to King George as a “tyrant.”  King George, Mr. Dickinson specified, is “not a tyrant…in Pennsylvania.”  I know the feeling.  In looking forward toward the Federer v. Tsonga match, I referred to Tsonga as “a monster.”  But he was not a monster this year.  Federer took him out 6-4, 6-3, 6-3.

This brings my man Roger to the end of the matches in which he is the higher seeded player.  The two players standing between him and the 2011 U. S. Open title are #1 Novak Djokovic and #2 Rafael Nadal.  Good luck, Roger.

The point of all the attention to the U. S. Open, however, was to follow Federer through the several stages of Erik Erikson’s developmental stages.  I had to start Roger on Stage 2 (Round 1 of the tournament = Stage 2 of the developmental sequence) so his Round 5 match with Tsonga is our springboard for a consideration of Stage 6 in Erikson’s scheme and here is where my tournament metaphor comes seriously apart.  Stage 6 is about the triumph of intimacy over isolation, with LOVE considered as the effect that the struggle with isolation has on the capacity for intimacy.

Nothing in the Federer v Tsonga match bears on it, so I will go back to the fundamental rationale for the tournament metaphor and leave the intimacy questions to be worked out between Roger and his wife, Mirka.  Should he win the match with Djokovic, we will be in a good position to go on to look at generativity, because Roger and Mirka have identical twin daughters, Myla Rose and Charlene Riva.[1] 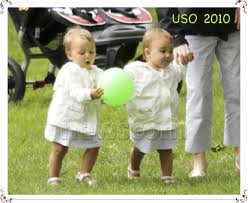 It is tempting, in the context of tennis, to move directly from Stage 5, in which you have established a central identity and have found a way to be faithful to that identity in an array of circumstances, to Stage 7, in which you achieve what that identity has prepared you to achieve.  But most of us don’t live our lives that way.  We aspire to a deep mutuality with another person and that has very little to do with the kinds of achievements we have been considering.

The treatment given this stage in Vital Involvement in Old Age focuses on the syntonic value, intimacy.  The name they give to the maladaptive form is promiscuity.  I have been calling the maladaptive tendency the “too much” version of the syntonic value, but it is hard for me to see promiscuity as too much intimacy.  It almost seems to me that it is too little.  It’s not hard for me to think of a man who has sex with a lot of women because he has no interest in, or possibly no capacity for, real intimacy with any of them.  I don’t actually know anything about Tiger Woods as a person, but he is a prominent celebrity who seems to have moved away from intimacy toward promiscuity. 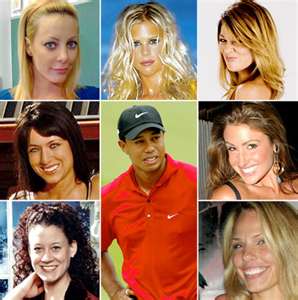 The dystonic value, the central antagonist to intimacy is isolation.  I don’t know if anyone reads Kahlil Gibran at wedding ceremonies anymore, but a line of his I used to hear  at weddings a lot belongs here.  The line is, “Let there be spaces in your togetherness.”  I think those spaces are the value they are pointing to with the word isolation.  If that’s what they have in mind, I agree wholeheartedly.  If you really can’t manage to be alone, it is hard to know just what you are trying to achieve in relationship.  You can, certainly, hide from yourself—that would be a Stage 5 failure—in an intimate relationship.  When you are OK with your aloneness, it is clearer what you are trying to achieve in an intimate relationship.

The word they use for the “too much” level of the dystonic tendency is exclusivity.  I think they must mean a stance of actively excluding others, i.e., not just withdrawing from then, as in isolation, but preventing such relationships.  I hope that’s what they mean.  When I talk about exclusivity, I think of it as the basis of intimacy.  It is the exclusion of others, in what would otherwise be promiscuous, that allows intimacy with one partner.  So…they mean something else.

The master value of this stage is LOVE.  Love, in this sense, is the mastery of intimacy in its struggle with isolation.  Isolation—the aloneness I mentioned earlier—has its proper place in an intimate relationship, but it is not the first place.

Roger has Novak Djokovic next.  That’s the semifinals—Round 6—of the U. S. Open tennis tournament and it corresponds to Stage 7 of Erikson’s scheme.  I hope he does well.  He played Djokovic straight up in the French Open this year and took him out.  On the other hand, Roger is 30 and the commentators seem to think that his best matches are behind him.  Even if that’s true, it wouldn’t allow a prediction of tomorrow’s match.  What it does do is to put that match in a good place to consider Roger in the context of generativity, the syntonic value of Stage 7.

[1] Full disclosure.  I have identical twin granddaughters, but I liked Federer’s tennis long before either of us considered what life in the doubles court would be like.